We are in the

Please take a few minutes to ponder our news items that positively impact the green building movement. We are grateful as we believe highlighting our cause in the media is the best mileage we could get. 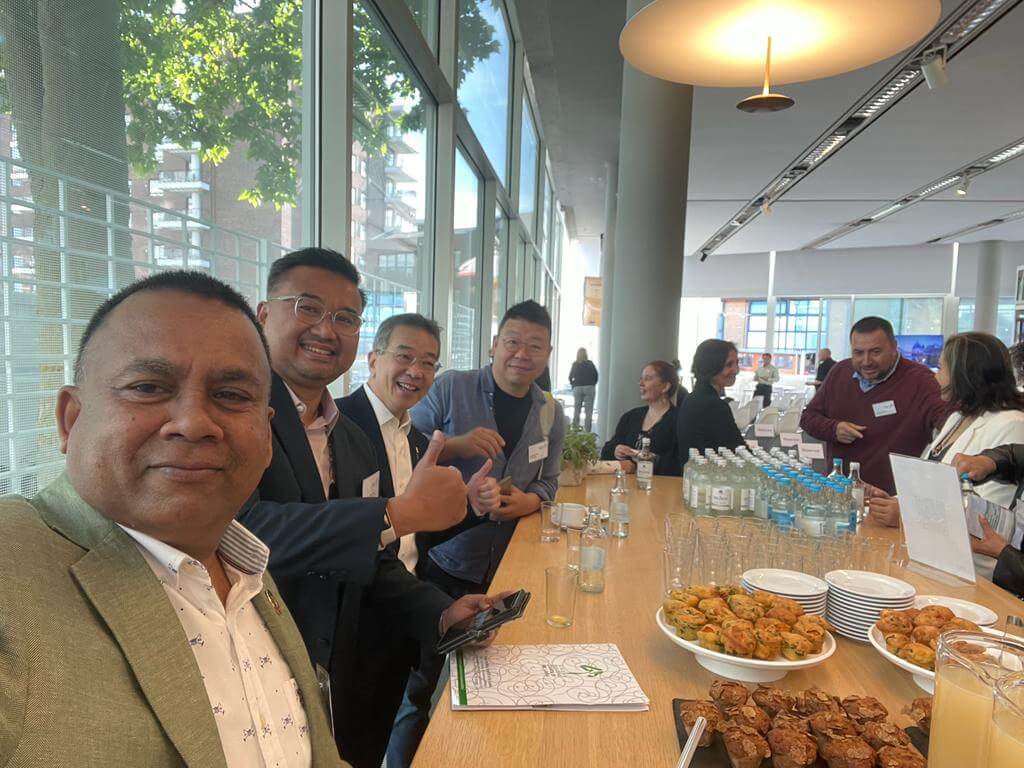 To mark 20 years of World GBC, WorldGBC+20: Leadership Summit for Sustainable Built Environments is taking place from 27 June to 1 July in London.

Prof. Ranjith Dissanayake, Chairman of the Green Building Council of Sri Lanka participated in these important sessions to get insights to accelerate decarbonization and sustainable initiatives in Sri Lanka. 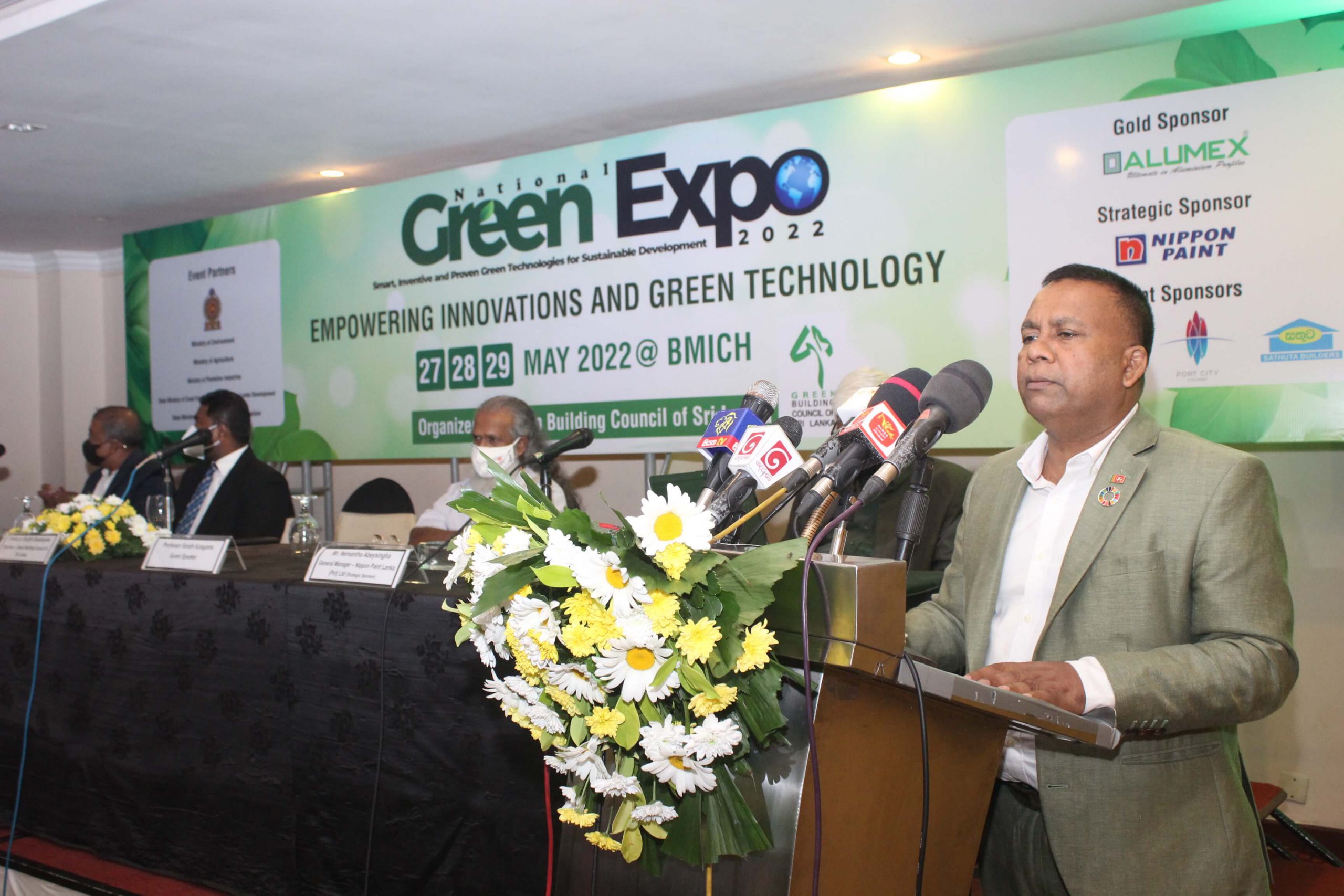 A press conference for informing the media and the public on National Green Expo 2022 was held on 30th March 2022 at the Galadari Hotel Colombo. Emeritus Professor, Sarath Kotagama participated in the conference as the Chief Guest and provided valuable insights to the sustainable development of Sri Lanka with the green practices. Prof. Ranjith Dissanayake,described the importance of this national exhibition to the gathering. The event was followed up with a cocktail. 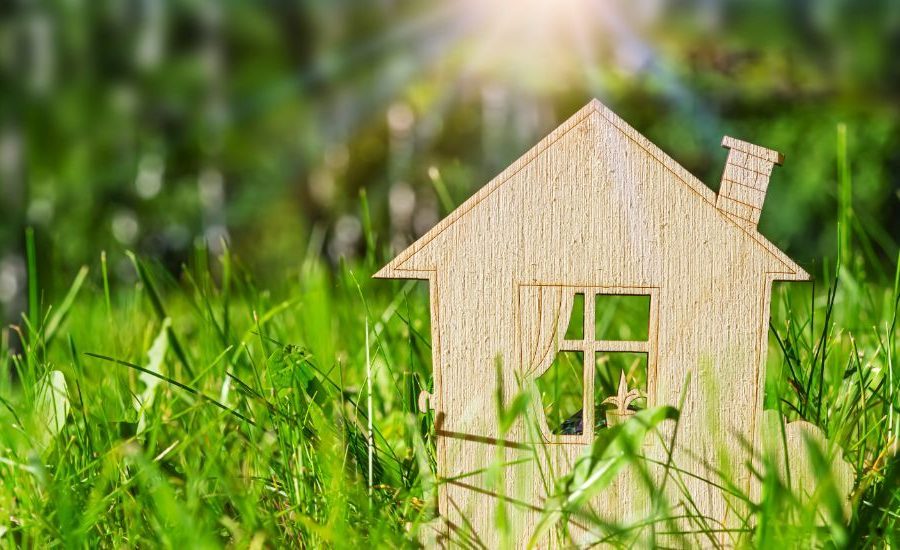 The project ‘Haritha Diriya’ by the Green Building Council of Sri Lanka reached a place among the 12 projects selected to be funded by the Direct Aid Program conducted by the Australian High Commission of Sri Lanka and the Maldives.

‘Haritha Diriya’ project is aimed to uplift the economies of SMEs in Sri Lanka with green and sustainable solutions. 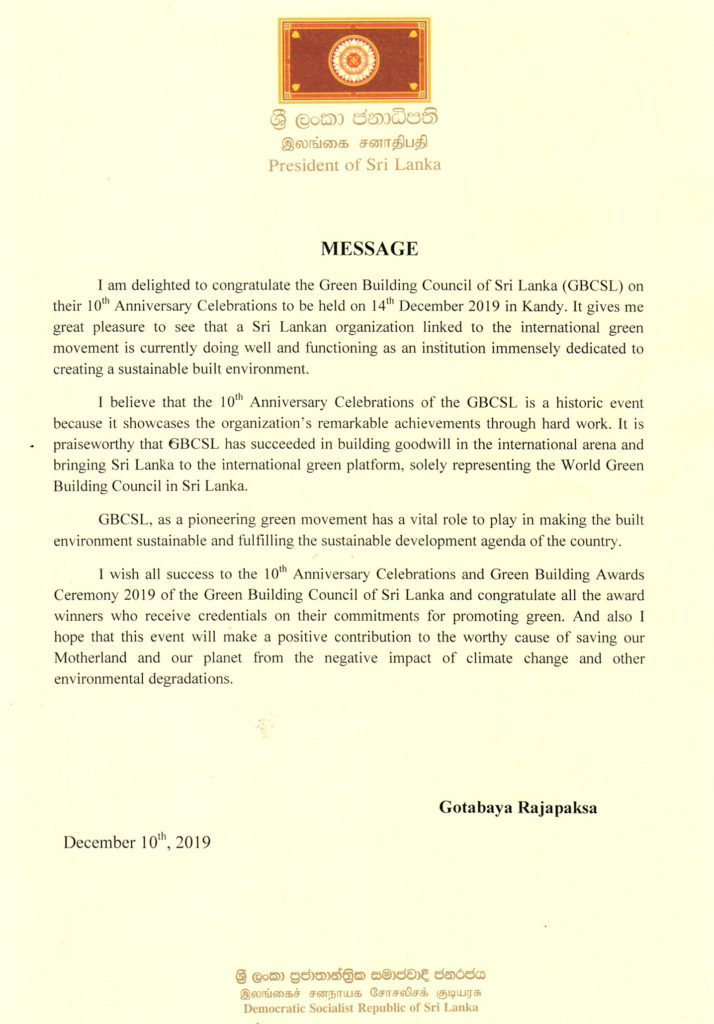 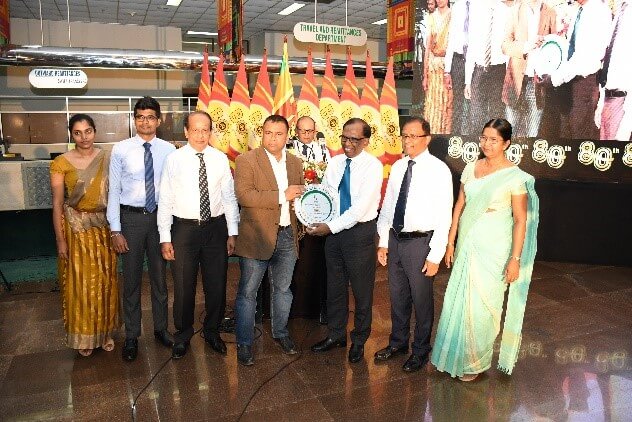 The Bank of Ceylon celebrated its 80th Anniversary at its Head Office – the iconic “BOC Tower” on the 1st August 2019, beginning with a ceremony involving all four religions to invoke blessings on the Bank.

The ceremony took place at the first floor of the BOC Tower with the participation of Acting Chairman of the bank, Kumar Mayadunne, P A Schaffter Director BOC, General Manager/ CEO Senarath Bandara, Members of the Corporate and Executive Management of the Bank, distinguished group of customers and well-wishers and the staff of BOC

Bank of Ceylon has been recently awarded the “Outstanding Green Commitment Award” by the Green Building Council of Sri Lanka for the bank’s continuous commitment in expanding its Green Banking practices to minimize the carbon foot print, considering the branches which have been built under “Green Banking Concept”, and the contribution made to the national grid through solar panels fixed to the bank buildings and energy saving plan implemented at the Head Office.

Some of the leading green practices adopted by the Bank of Ceylon are as follows.

The bank has initiated a program for installing solar photovoltaic electricity generation in its branches. Now 1855kW are installed in the system. Already 41 branches are connected to the solar system and 36 branches are monitored on daily basis.

The Bank is striving to transform their branch buildings to Green Buildings. The BOC Kekirawa branch was awarded the Green SL® Gold award by the GBCSL. Several other new branches are pursuing to reach green building status and obtain Green Building certification.

A Greenhouse Gas Inventory of the entire Bank including all branches has been carried out as per ISO14064 for the period covering September 2017 to August 2018 emissions and verification of the GHG statement is certified by Sustainability Future Group for a period of two years until march 2021.

The Bank has funded over Rs. 640 Million in Renewable Energy Projects in 2017 year in the Retail sector and has also agreed to finance two large scale waste-to-energy plants in the Corporate Sector contributing to solve the solid waste management problem in the city of Colombo.

Bank has converted their Documentation Management Systems (DMS) to a digitalized system recently by computerization saving a large amount of paper amounting to 260,000 sheets which is approximately equivalent to 1300 kilograms of paper (equivalent to 25 trees saved or 130 tons of resources).

In 2017, Bank of Ceylon has turned down 25 credit proposals which failed to comply with relevant environmental regulations and refused provide credit facilities.

We congratulate, Bank of Ceylon for their admirable achievements made throughout the remarkable journey of 80 years and welcome in engaging more and more effective ways to enhance their commitment towards environmental sustainability.

In a series of firsts for the Commitment, Brandix is both the first Sri Lankan company and first apparel manufacturer to sign up. Firmly anchored to its roots in Sri Lanka, Brandix is one of the largest suppliers of apparel to the United States and Europe, for globally renowned fashion brands.

Brandix has committed all 16 factories under its direct control to be net zero carbon in operation by 2023. To achieve this ambitious goal, its decarbonisation strategy involves onsite renewable energy generation – with Brandix currently adding nearly 20MW of solar and biomass to its current energy mix – and energy optimisation strategies including the installation of technologically advanced and energy efficient air compressors, HVAC systems, sewing machines, lighting and building fabric.

Ashroff Omar, Group Chief Executive Officer of Brandix said: “We achieved our first sustainability global milestone in 2008 by securing the world’s first LEED Platinum certification for our factory in Seeduwa, and we are pleased to demonstrate our continued leadership through signing the Commitment. Striving for excellence at every stage of our business, we will continue to work towards our goals in environmental sustainability on an inspired journey to lead the way and become a global benchmark.”

The announcement complements the leadership demonstrated by more than 50 signatories from businesses, cities, states and regions who have joined the Net Zero Carbon Buildings Commitment since the launch in September 2018.

Increasing energy efficiency is an essential component of achieving net zero carbon buildings, and it makes business sense. The Commitment forms part of The Climate Group’s global EP100 initiative, bringing together a growing group of energy-smart companies doing more with less, to improve their energy productivity. On signing up to the Commitment, Brandix becomes a member of EP100”. 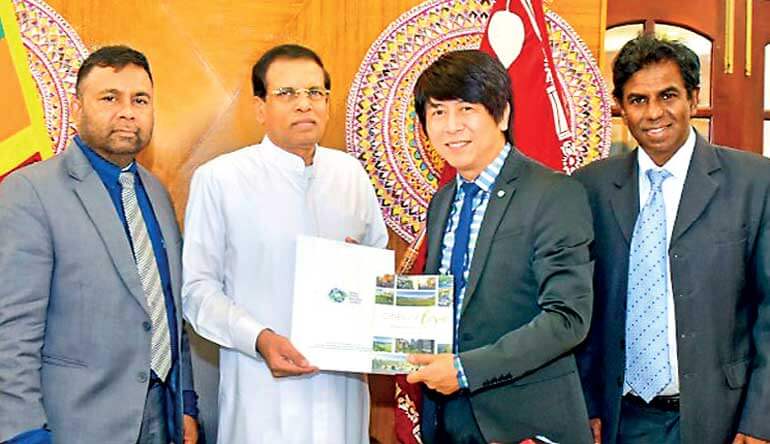 Siang made these remarks when a delegation which included the Chairman of the World Green Building Council met with the President at his official residence yesterday.

During this meeting the Chairman stated that his Council was ready to provide all possible assistance to Sri Lanka in making the country’s sustainable development program a success. He further said that they could provide technical as well as supervision support in creating green cities.

The Chairman also applauded the progress made by the Sri Lanka Green Building Council.

Siang presented the future plans of the World Green Building Council to the President.

The report on the strategies implemented by the Sri Lanka Green Building Council to promote the concept of green building in the country was presented to the President by Prof. Dissanayake.

He made these remarks when a delegation including the Chairman of the World Green Building Council met with the President at the President’s Official Residence, today (11).

During this meeting the Chairman stated that his Council is ready to provide every possible assistance to Sri Lanka in making the country’s sustainable development programme a success. He further said that they can provide technical as well as supervision support in creating green cities.

The Chairman also applauded the progress made by the Sri Lanka Green Building Council.